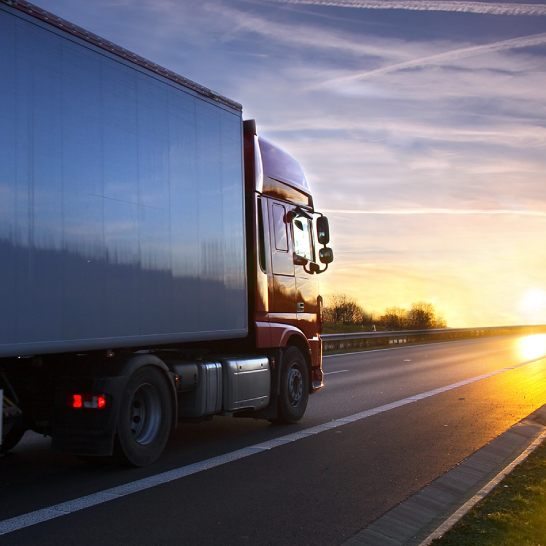 “It’s taken people a little while to get used to and embrace the new system, but efficiency is improving every day. We are already seeing the benefits as our team sees how the system helps them and saves them time…now nothing is falling through the cracks. Now we are able to focus more on the client and our industry because we’re not spending excessive effort and resources on tracking internal operations.”

Gauteng-based procurement and export company Holler Trade services clients throughout the African continent, taking care of logistical arrangements and supply lines for clients mainly in the hospitality, construction and farming sectors. Holler Trade’s clients include NGOs, embassies and even private individuals who need goods of all sizes and quantities shipped from South Africa to other African destinations.

Holler Trade’s operations general manager Alan Coppin says the company operates through a team of 13 buyers, who feed back to a warehouse and logistics department. He says the company faced the same system challenges many SMEs face when they begin to do well and expand from start-up phase.

“When I joined the company in 2017, the company was still handwriting purchase orders out of a book. The most advanced thing that they were doing was that they had some invoices on Excel, and it sufficed for the company when it was small, but in the last five years the company has grown dramatically, and manual administration became unsustainable.”

Because Holler Trade lacked the kind of information to create full visibility across its business processes, the company was held back from growing as it could have. “We had to physically track down the buyer who had placed an order because the order book would be sitting on their desk. Then, when you were looking for copies of something like an order, that meant physically walking over to the accounts department. Everything was taking many times longer than it should, and efficiency was practically zero. Information was literally scattered around the office and warehouse, so it was impossible to put any reports together,” says Coppin.

Holler Trade was provided with an Epic ERP system, with various dashboards and reporting capability which has provided complete visibility of orders, exports and documentation. “We initially specced the system for Epicor but only later realised we would need add-ons so that we could get a complete picture of the business on one screen. It’s an ongoing process of refinement which has taken six to eight months, but already life is so much easier,” Coppin says.

“It’s taken people a little while to get used to and embrace the new system, but efficiency is improving every day. We are already seeing the benefits as our team sees how the system helps them and saves them time. The biggest change was in the mindset of the team, which was set in its old ways, but now nothing is falling through the cracks,” says Coppin.

According to Coppin, Epicor’s seamless, integrated solution has allowed the company to track order flow across departments, respond to clients more quickly and export goods with fewer bottlenecks. “The information we can give our clients now in terms of reporting is much better. Before, it would take us about a week to produce a project report on a single project, given the time it would take to gather all the relevant information on what had been ordered, what had been received, what had been shipped and what had been invoiced. By the time we would finish producing such a report, it would no longer be relevant because much would have changed in the business by then.”

Now, Holler Trade produces the same reports in seconds. “This means the real constraints to our growth have changed to being the capacity of our warehouse and facilities. Without the artificial constraints of inadequate reporting on business processes, we are now comfortable at this size of the business and it’s meant we have stabilised. The switchover to Epicor has gone smoothly and now we are able to focus more on the client and our industry because we’re not spending excessive effort and resources on tracking internal operations.”

Coppin says having more reliable information at hand makes for quicker business decisions and allows for quick identification of issues needing resolution in the business. “We’re getting to the point where that is turning into cost savings, because it has certainly increased our efficiency. Processes like filling in a three-page order used to take two days but can now be completed in ten to fifteen minutes. We can put out quotes faster, and every subsequent process is quicker. When we have return customers, orders are easier to convert.”

He says it’s not only the operations team that has improved visibility through the business, but the owners as well. “Now we can drill down into all aspects of the business to see what we need to change or optimise. We are yet to start engaging completely with the capabilities of the Epicor modules, such as HR or bar-code scanning, but this is one of the reasons we went with Epicor – all these modules can simply be linked up and ready to use as and when we need them.”

Ultimately, the main benefit of implementing Epicor’s solution has been to remove a burden from Holler Trade’s staff. “We can certainly never go back to where we were now – it’s not even an option. A year down the line we’ve got rid of the teething problems we had adjusting to the system, and there are fewer emergencies. We’ve established a good relationship with the Epicor team, and they understand exactly what we need. I believe when we have new requirements, they will quickly put them into context,” says Coppin.

Want to Read More on the Solution we Implemented with Agriplas?

Input your details below and the full case study will be sent straight to your inbox: 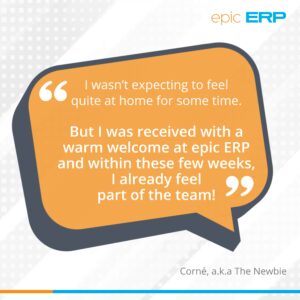 Q&A with our ERP newb Corne

Q & A with our ERP Newb, Corné! We believe that epic ERP is just that, epic! So, to put it to the test, we 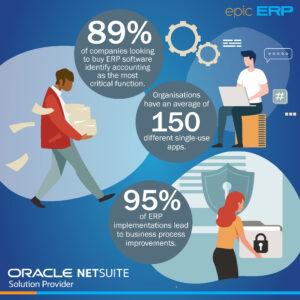 5 Business Problems ERP Solves Are your financials taking longer to reconcile, are sales forecasts based on guesswork not data, is inventory in a mess, and

You can switch off cookie types by clicking or pressing on their name. Mandatory Cookies cannot be disabled. You can change these preferences anytime.

These cookies are necessary for the website to function and can't be switched off in our systems. They are usually only set in response to actions you made which result in a request for services, such as setting your privacy preferences, logging in or filling in forms. You can set your browser to block or alert you about these cookies but some parts of the site may not work as a result.

These cookies allow the provision of enhance functionality and personalization, such as videos and live chats. They may be set by us or by third party providers whose services we have added to our pages. If you donít allow these cookies, then some or all of these functionalities may not function properly.

These cookies are set through our site by our advertising partners. They may be used by those companies to build a profile of your interests and show you relevant ads on other sites. They work by uniquely identifying your browser and device. If you don't allow these cookies, you will not experience our targeted advertising across different websites as a result of these cookies.